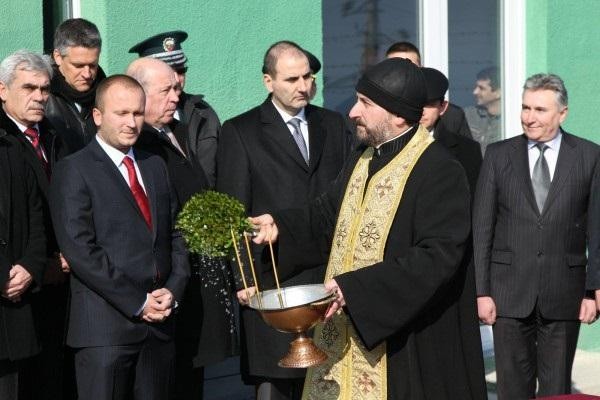 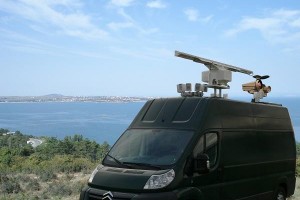 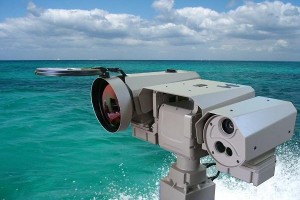 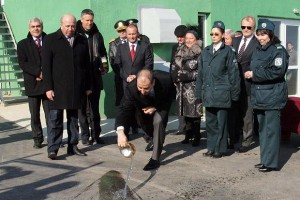 On 03.02.2011 was held the official opening of one of the strategic projects of the Republic of Bulgaria related to the monitoring and protecting the Black Sea frontier - Blue border

On 03.02.2011 was held the official opening of one of the most strategic projects of the Republic of Bulgaria related to monitoring and protecting the Black Sea frontier - Integrated System "Blue" border. The event, which took place in the ritual hall of the Municipality of Varna, began with a greetings of Zaharin Penov - General Director  of Border Police on behalf of the Recipient;  the chief executives of the companies part of the consortium ATO, including Eng. Ivan Cholakov - CEO of OPTIX Co. The final greeting was made by the Minister of Interior  Tsvetan Tsvetanov.
The ceremony continued with the formal adoption of the system on Local Operation Center Galata. The rituals for celebrating the liturgy and ribbon cutting were attended by senior government leaders and high ranked representatives of the Minister of Interior. The guests were demonstrated the functionality of the system on a shore stationary post and a mobile system.
The integrated system for monitoring and protection of the Bulgarian Black Sea frontier "Blue" border is built and maintained by the ATO consortium, whose member is OPTIX Co. It provides the Bulgarian Border Police with all the necessary equipment  for marine operations - to detect, identify and track maritime vessels and other illegally passing intruders  in the area of their responsibility (territorial waters, exclusive economic zone and search and rescue zone).
The integrated system for monitoring and protection of the Bulgarian Black Sea frontier "Blue" border consists of the following components: mobile systems for coastal surveillance, border police vessels, stationary shore posts for technical and visual surveillance and specialized operational centers.
The electro-optical equipment, which supplier and integrator is OPTIX Co executes permanent 24-hours surveillance in all weather conditions (in complete darkness, dense fog, snow, dense smoke and dust) within a radius of 21 km. The information is transmitted in real time to specialized operations centers.
The integrated system for monitoring and protection of the Bulgarian Black Sea frontier
"Blue" border ensures the execution of the described operations through technical cooperation with other similar systems of the countries - members of the European Union and NATO.