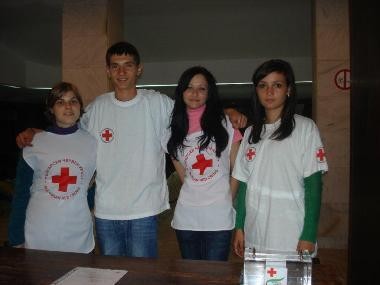 "Let us be good, let us  help"
The volunteers of the Youth Red Cross gathered 2232 leva within their charity campaign "Let us be good, let us help" organized for the sick children in the municipality.
The young members launched the campaign on 1th June – The international day of the child, as opening  donation boxes in which they gathered  287 leva at the first day.The donation campaign continued on June the 5th when the volunteers arranged a bazaar in the city center. The final campaign was on June the 11th at the theater with a big charity concert which gathered  1580 leva. Among the city companies only OPTIX Co made donation in the amount of 400 leva.